Analysis of how train passengers get their bearings

SNCF Innovation and Research are interested in travelers’ practices, and understanding the orientation tools they use. They wish to improve them by providing material based on relevant elements, meeting the travelers’ expectations. 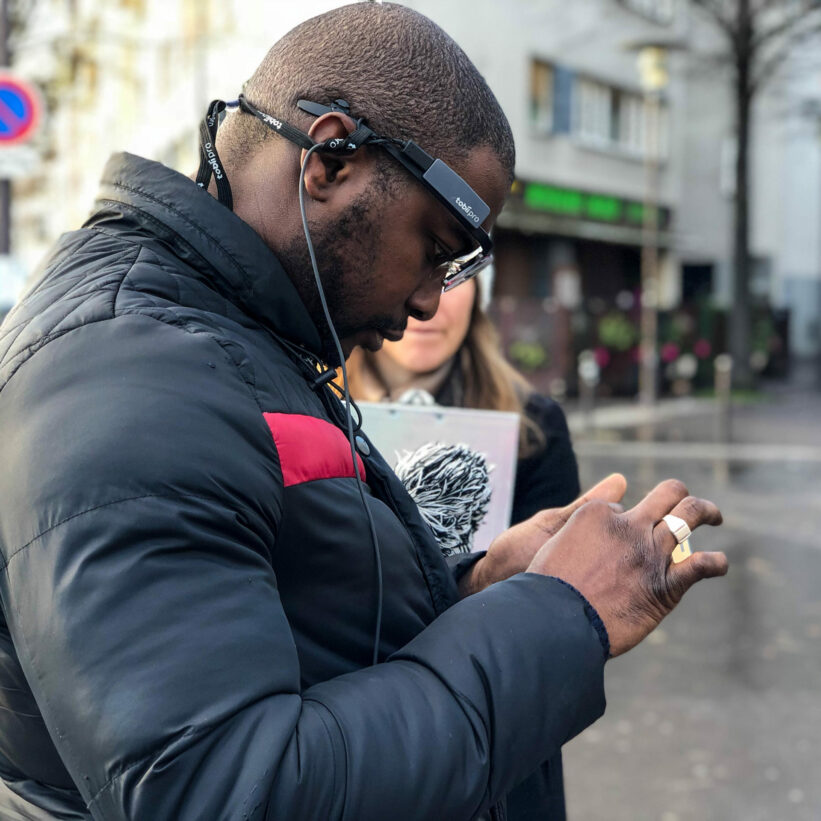 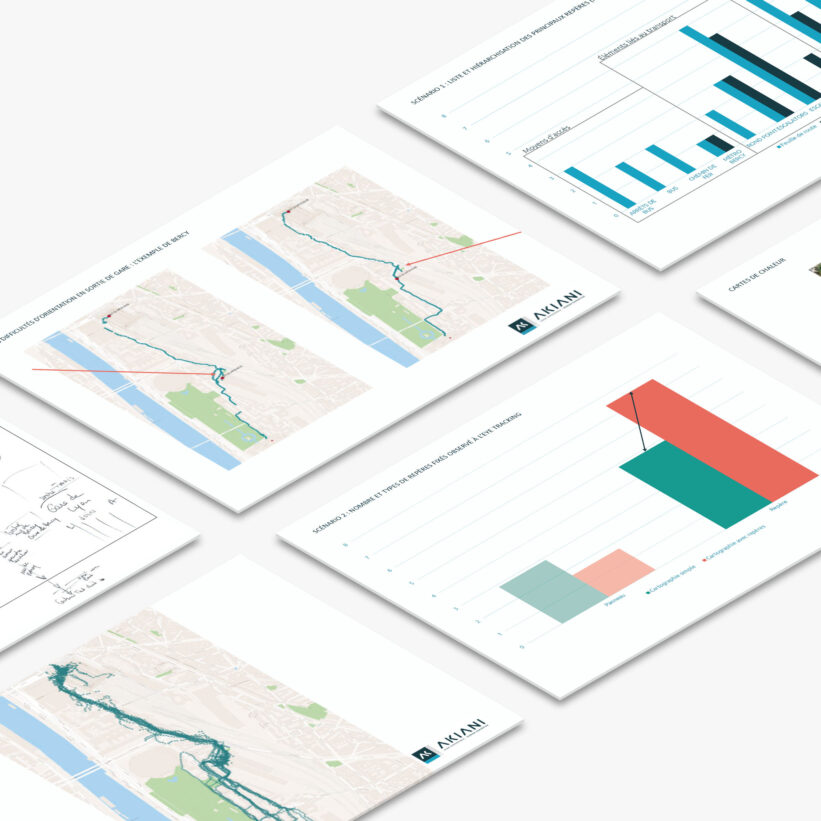 03Results and recommandations
« Previous
Next »
01

Based on SNCF Innovation & Research’s objectives, and on scientific literature, we have defined an experimental protocol that allows a study on traveler journeys.

The study investigated on how travelers find their way inside and between train stations. “Cognitive” markers were one of the focus points, as they are prominent environmental elements that help orientation. We tried to answer to the following question : is it possible for a mobile app to provide more relevant guiding tools than simple street names?

The interview protocol provided different itinerary presentations. Difficulties encountered by travelers, helpful elements and not relevant elements were the object of a final debriefing.

Eye tracker tool recorded travelers’ vision in order to identify which environmental elements they were looking at, and which ones they were ignoring. Insights on memorized and unnoticed elements were also collected.

A GPS was also used to measure the distance covered, and to reconstruct travelers’tracks afterwards.

Field study with the eye tracker

18 participants were recruited to participate in real-life conditions scenarios in the Gare de Lyon neighborhood in Paris. Each of them was wearing an eye tracker.

Starting at Gare de Lyon, and using one of the guidance modes provided (roadmap, mobile app, etc.), the itinerary led participants to Gare de Bercy, then to Cour Saint-Emilion.

A camera was also following their itinerary to contextualize the behaviors, hesitations and difficulties. The transit time was indeed an indicator of good orientation performance, but since these scenarios were conducted in real-life conditions, many unpredicted events had an impact on thests. As a consequence, we had to be able to take them into account in the analysis.

Video, observations, eye tracking and GPS position data were analyzed as a whole to provide recommendations on the proper orientation tools for travelers, according on their needs.

Results showed the very positive impact of cognitive marker presentation in the orientation tool. They also pointed out the need of ‘intermediary” markers, less prominent yet essential to reassure a traveler that he/she is on the right track.

Final considerations confirmed the relevance of conducting these studies directly in the field, in close contact with real users.

The quality of the results led us to publish an article at a scientific conference!

Presentation of the orientation study results

For a better experience, please rotate your screen.